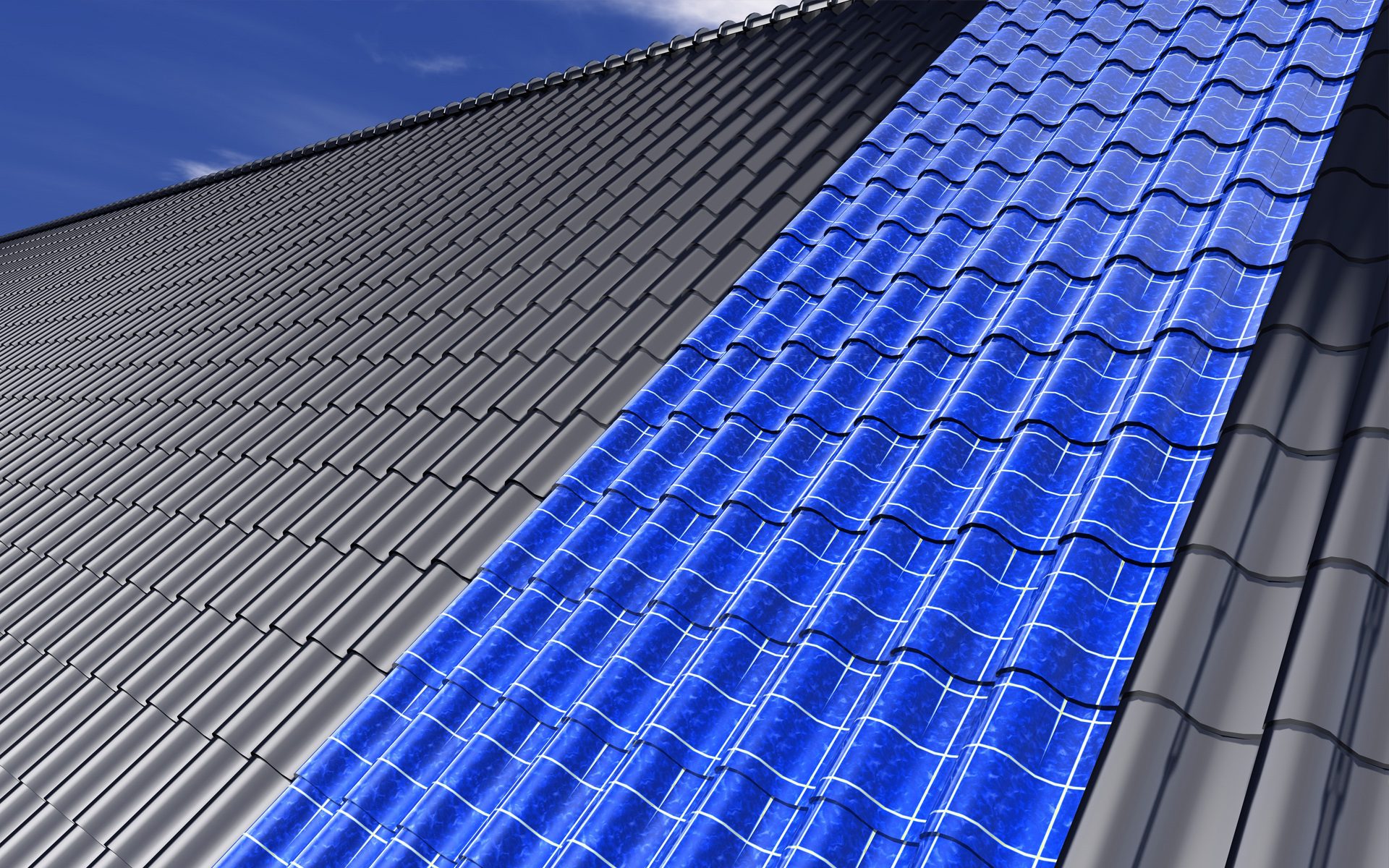 This summer saw the first installations in California of Elon Musk’s much anticipated solar roof tiles as the South African born billionaire owner of Tesla Motors, SpaceX and Solar City continues his crusade to wean us off our dependence on fossil fuels and the utility grid.

The Tesla Solar Roof, which integrates the solar panels directly into the roof tiles will initially be available in four styles. The Tuscan Glass Tile matches the look of classic clay tiles with a traditional orange colouring, and will suit classic British homes perfectly. The Slate Glass Tile is a classic grey slate look, which will easily replace many existing standard roof tiles. Two additional options are also available – the Textured Glass Tile and the Smooth Glass Tile, both of which will enhance a modern build and all are almost indistinguishable from regular tiles.

Although the solar tiles are slightly less efficient per square metre than regular solar panels, they have the advantage of covering every inch of the roof, allowing a far larger amount of power to be generated overall.

Energy from the tiles will be stored in a “Powerwall Storage System” fully integrated into the house as Musk looks to make every home a self contained energy source, powering our houses as well as the electric car parked on our driveways (also manufactured by Tesla of course!)

These solar glass tiles will also be able to withstand our harsh British winters by incorporating heating elements, like the rear defroster on a car, to clear the roof of snow so generating energy all year round.

Tesla has yet to give details on cost, except to say that the cost of the roof would be less than a conventional roof plus solar panels, adding that the shingles would be more durable and have better insulation qualities than conventional roofing.

With prices and expected availability in the UK due to be released later this year it’s believed that the first opportunity for British homes taking advantage of this state of the art technology could be as soon as summer 2019.

We’ll keep you up to date on these events and post more news on this subject as we hear it.

Uber’s mission is clear. They want us out of our own cars and into theirs. And they want it fast, before the competition can catch up…

Uber’s mission is clear. They want us out of our own cars and into theirs. And they want it fast, before the competition can catch up. But we’re not talking about hailing the nearest driver via the App. The driver will be taken out of the equation all together. Uber’s mission is to create what they call the “driverless rideshare future.” We call them driverless cars, and they’re here already.

So how will this affect the future of our cities and property developments?

In September 2016, Uber launched a small fleet of driverless cars featuring GPS and 360-degree cameras mounted on the roof allowing them to ‘see’ in the American city of Pittsburgh, which a select number of users could hail. The city now aims to pilot 100 of Uber’s autonomous vehicles and roll out the fleet from there, with the competition (Ford, General Motors, BMW, Volvo, Google, Apple and Tesla) in hot pursuit.

The average car stays stationary for 22 hours per day, but a driverless carpool vehicle that picks up and drops off passengers 24 hours a day would rarely need to park. For our cities this means a lower number of cars on the road, which in turn means less need for parking spaces, which will increase the size of pedestrian areas and create more space for public realm.

Our cities can find new uses for their unused roads and city centre parking areas. These centrally situated areas will create opportunities for commercial and residential projects. Imagine what an NCP car park site (not the most beautiful architectural feature) can become.

Without the need for underground or street level parking bays, existing apartment blocks can be enhanced with additional commercial space or extra apartments.

Our rural developments will no longer need driveways for two cars and garages behind. It will be interesting to see which developers decide to pack more houses into this new found space and which will prefer to give each home more room to breathe.